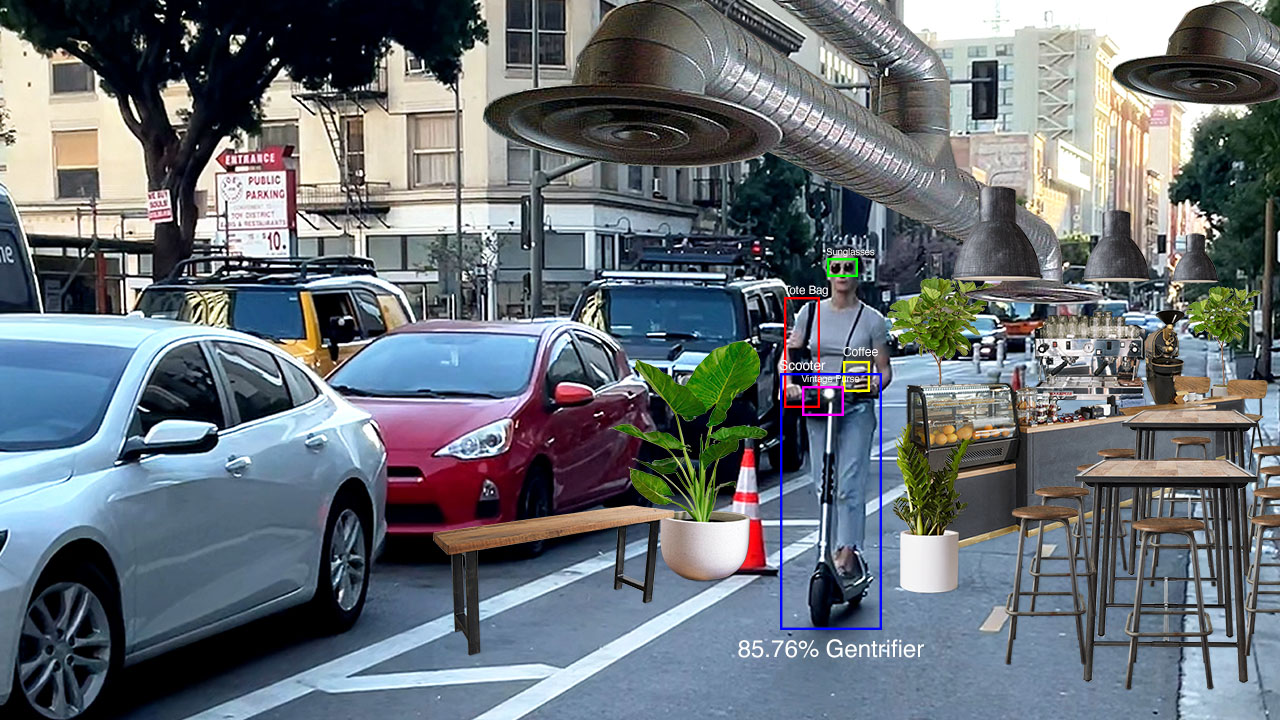 What if machine vision enriched communities and supported heterogeneity?

Coffee Shop Scooter is a critical and speculative design project built with Snapchat Lens Studio that leverages the coffee shop design aesthetic of the Arts District in Los Angeles to critique gentrification in the Gallery Row neighborhood. In addition, the project considers the future of AR through the utilization of machine-vision-as-a-service to create spatial marketing experiences that support local businesses.

In Los Angeles, and in other metropolitan areas of the U.S., coffee shops and art galleries are recognized as a symbol of neighborhood gentrification because of the resulting influx of middle-class people and tastes into poorer neighborhoods. This phenomena was recently examined in a Los Angeles Times article about a Boyle Heights coffee shop. As highlighted in the article, over time the neighborhood through the process of gentrification begins to resemble its neighboring successors and the effects of homogenization, influenced by the cultural dominance of social media, take hold.

The project brief prompted us to research, imagine, and design new kinds of digital urban events through machine learning and augmented reality. Using Downtown Los Angeles (DTLA) as our site of inspiration and intervention, we were asked to explore how these technologies can play an important role in what is collectively tracked, triggered and celebrated.

Since the Arts District has played a unique and significant role in Los Angeles history, I decided to focus my attention there. I ventured to the neighborhood to see it through a different lens, paying close attention to what I observed and interacted with during a 2-hour period.

My 'aha' moment came to me after ordering a coffee at one of the local coffee shops. That experience prompted me to investigate the socio-cultural effect that coffee shops have in neighborhoods, especially in context of the historical developments of the Arts District and adjacent neighborhoods. 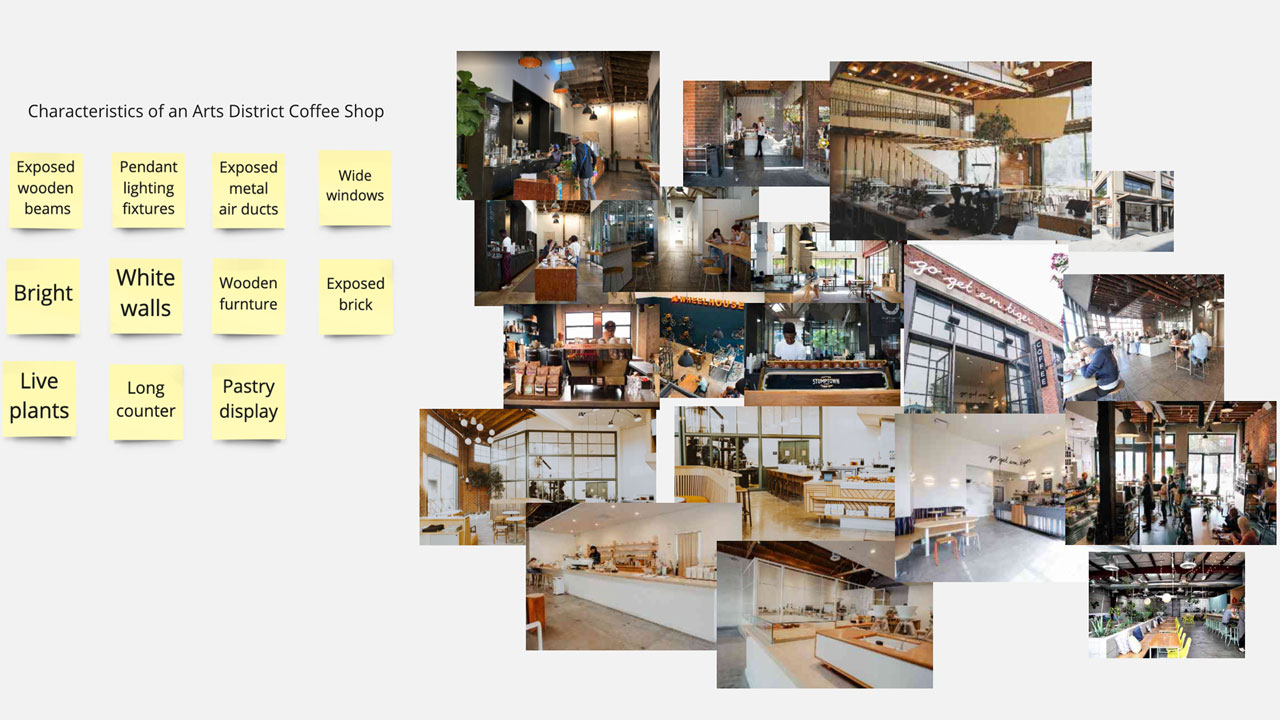 From my visual research, I created two project proposals in which the visual elements from the coffee shops would overlay on top of the world. 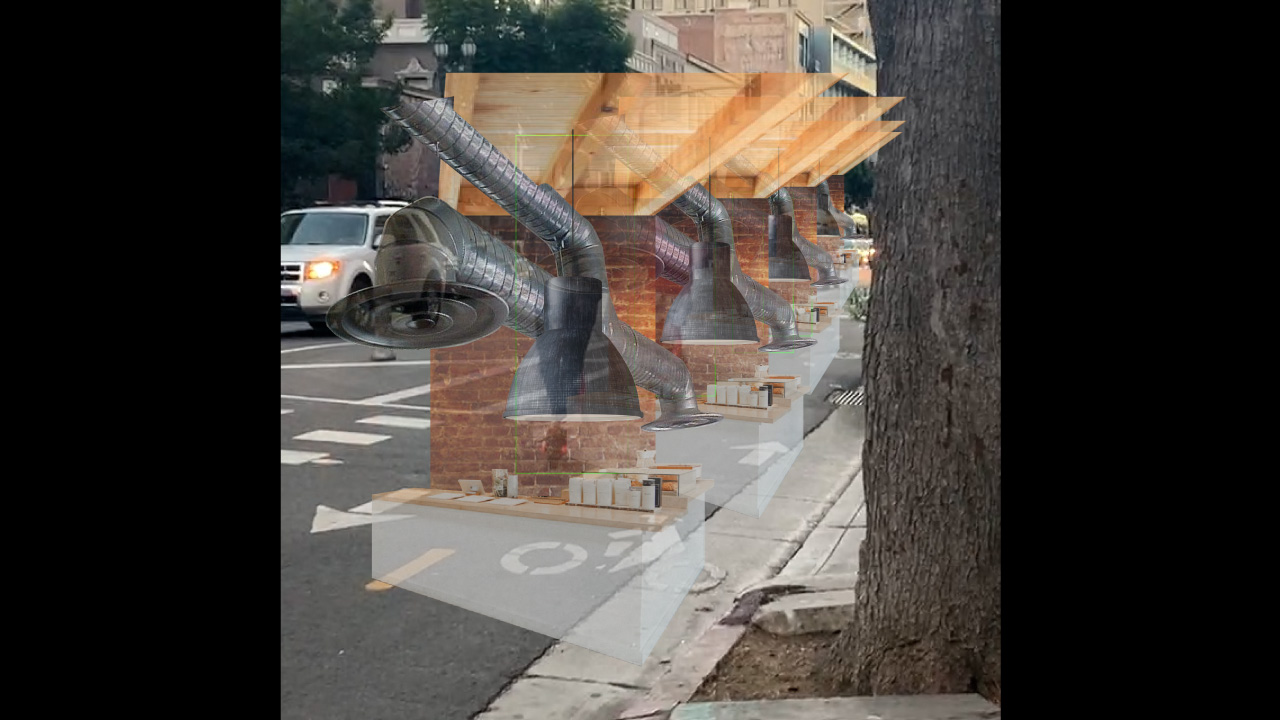 In project proposal #1, I considered whether the coffee shop furniture could overlay on top of people, thus making each person on a scooter implicated in the gentrification process. 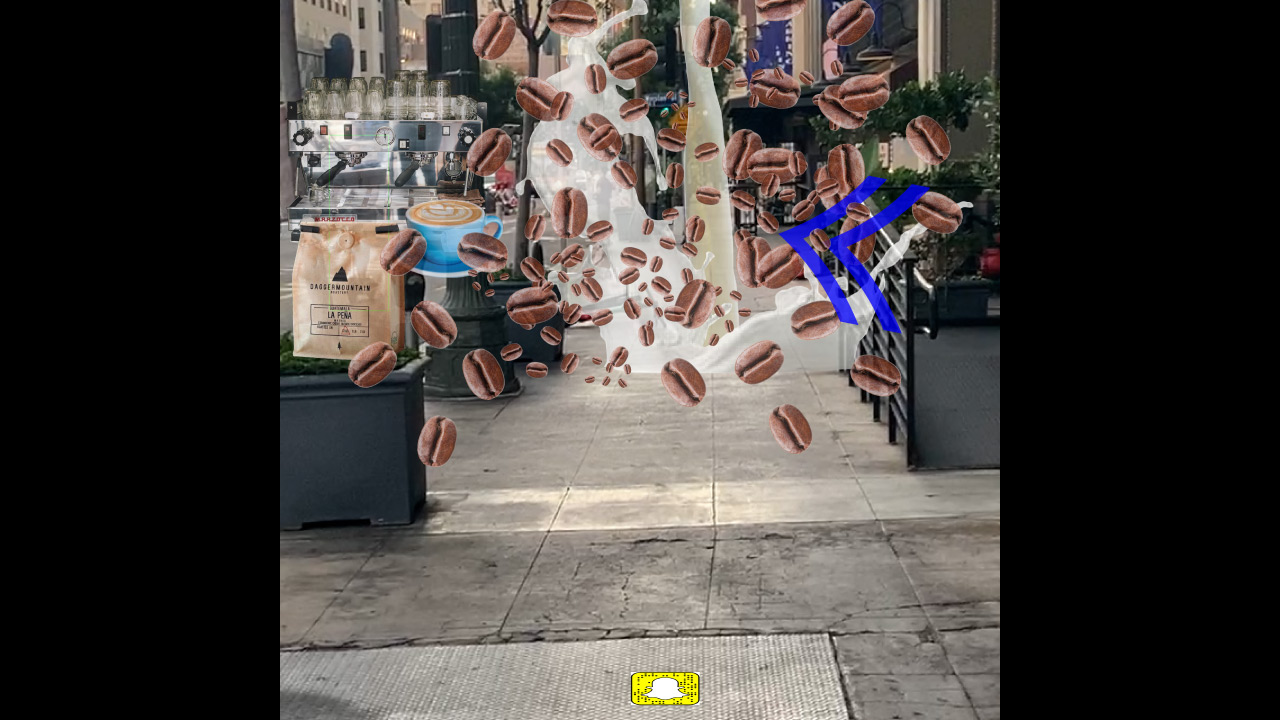 In project proposal idea #2, I considered whether the coffee shop experience could be created on top of the world.

In the end I decided to continue with my project idea #1 because I liked the concept of triggering a micro-interaction based off of what a gentrifier in Los Angeles might look like.

I created a simple prototype based off of one of the Lens Studio templates to illustrate my project idea.

In the future, I envision the use of the machine-vision-as-a-service to create mixed reality (MR) experiences that support local businesses through the recognition of place-based triggers and user GPS location. These MR experiences would be trained according to triggers representative of the local socio-cultural ecology and determined by local businesses who have become cornerstones in the community. In short, I envision machine vision being used to create unique micro-interactions that celebrate the heterogeneity that exists in place. 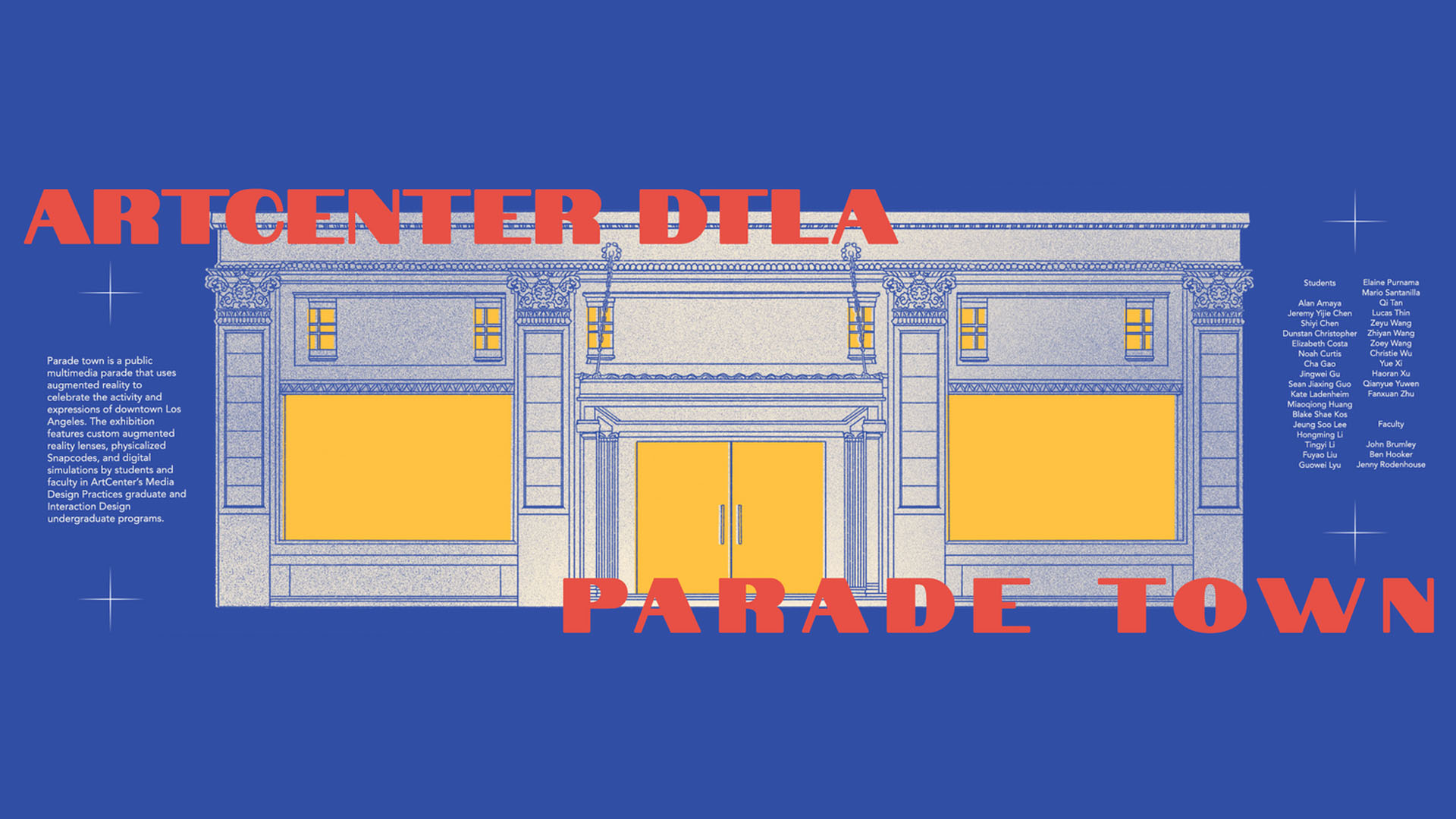 My project was featured at ArtCenter's DTLA exhibition space, as part of the Parade Town exhibition.

I'm extremely proud of my project as I believe that it formally pushes the possibilities of MR technologies in a productive manner by considering what the future of machine vision through the triggering of micro-interactions in context. Unfortunately, I was unable to create my own machine learning dataset due to the short 6-week project timeline. By pushing the project up against that constraint, I learned about the arduous process of data collection and the difficulty in generating a reliable machine vision model. This made me consider why most services end up using similar academic datasets with specific image recognition models. I see this as an opportunity for how social media companies could leverage their network to aid in the process of model creation and labeling.

Instead of extracting free labor from users on the network who aid in the creation of locally-focused machine vision models, compensation in the form of blockchain tokens (NFTs) can be distributed. If discussed with the community where the camera are pointed towards, the tokens can be exchanged for products and services of the local businesses. As a result, a circular economy could be created for all those invested in the local community, thus generating economic and political opportunities for those who have been historically disadvantaged and exploited. 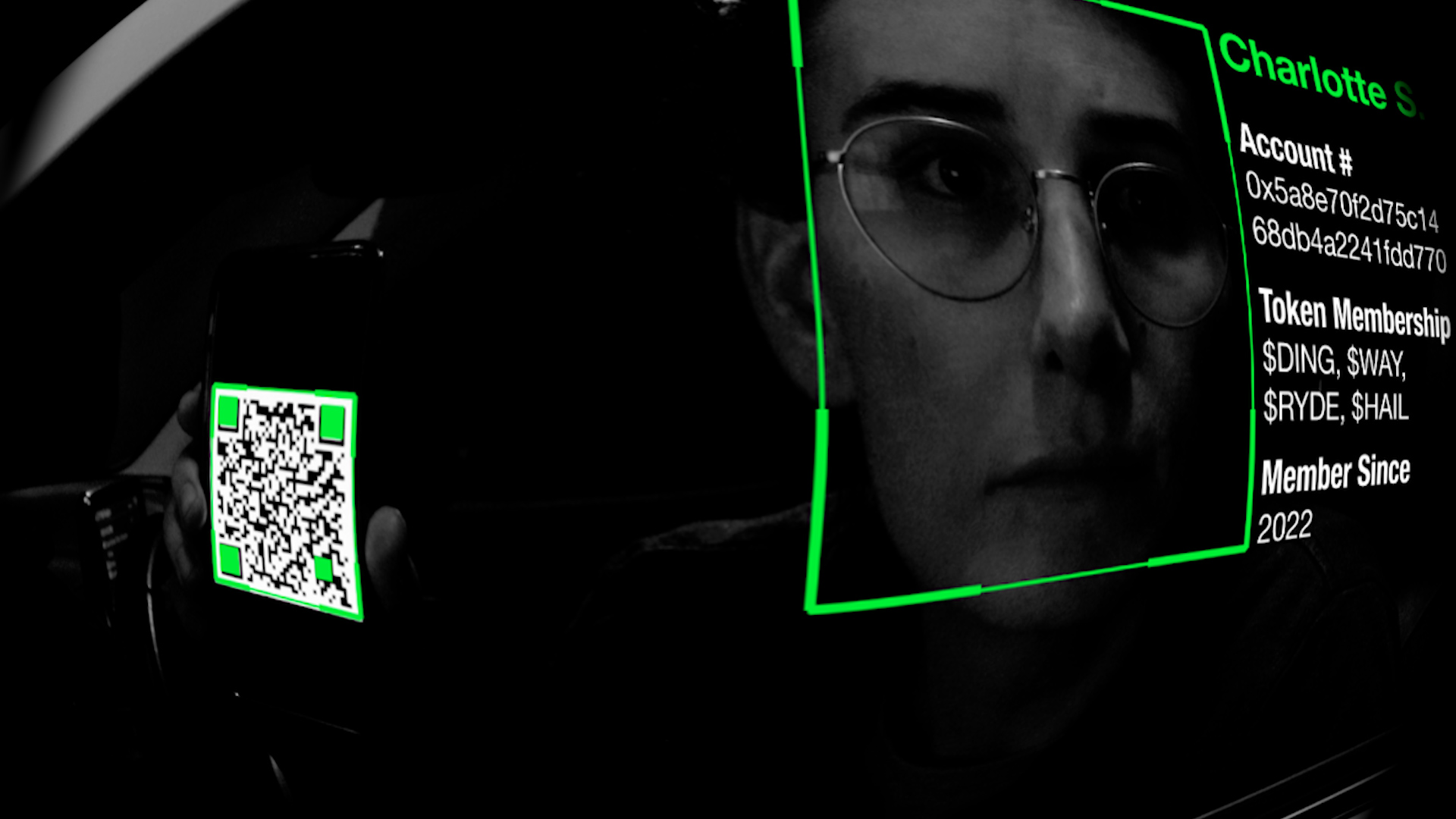